As the Israeli journalist of the Adygeyan origin Harun Tkhauho informed Natpress on January 24, a sitting of the council of “Circassian congress” of Israel at 8.00 p.m. is held. The subject of the sitting concerns the decision of the Supreme court of Adygeya, cancelling the obligatory learning by Adygeyan children their native language at schools. “Everything that occurs in Adygeya, – the journalist explained, – immediately becomes known to the Adygs of Israel”.

As he said, the Adygs of Israel support the intention of the Adygeya new president Aslan Tkhakushinov to develop the economy of the republic. Moreover, they prepare to participate in that. However they are troubled with the fact that practically every 2 weeks in Adygeya significant changes take place – and not for the benefit of the Adygs. It could concern their rights, property relations, culture, something else, but which, at the end, is directed against Adygeya.

At the meeting, Tkhauho notified, they plan to discuss such facts as the celebrating of the not existing event – 450th anniversary of the voluntary association of Adygeya with Russia, violation of the memory about the lost Adygs during the Russian-Caucasian war, threat against leaders of the national movements, abolition of the structures vital for the republic (for example, custom-house), obstacles created against learning of the native language by the Adygeyan children.

The decision of the Supreme court of Adygeya, the journalist stated, is considered by the members of Circassian congress of Israel as contradicting the international principles, the federal or republican laws. Such decision can be only a result of the political pressure. And the purpose of that pressure is clear – to deprive Adygs of their rights.

The council of the public organization adopted a resolution, the journalist mentioned: along with development of the economy of Adygeya it is necessary to conduct the coordinated protection of the rights of the Adygs in the republic. The goal of those who want to break the Adygs’ rights is a general destabilization of the situation when the best is the worst. 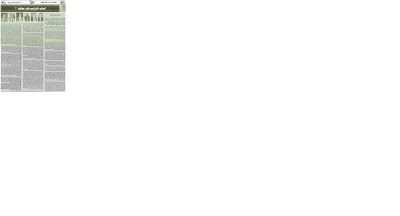 On December 19th to Adygeya the annual New Year’s gifts from the operating president of Adygeya Khazret Sovmen were delivered. On the holidays 63, 4 thousand children of the republic will receive them – all the schoolboys, pupils of the children’s homes, and preschool institutions, as the workers of the Ministry of Education of Adygeya notified. Thus as they emphasized, that tradition would not be broken henceforth, “wherever Khazret Sovmen is”.

One party of the delivering cars stopped in the president’s native aul Afipsip; another one arrived to Maykop. Then the gifts will be distributed in schools of the republic.

The set of sweets from the known Moscow confectionaries, as before, is packed in so-called ‘little chests’. However now the little chests are not cardboard but tin. In them the children will also find the congratulatory cards from the president and notebooks.

Let’s remind, earlier the press-service of the president had informed that Khazret Sovmen allocated from his own means 15 million rubles for purchase of those gifts.

Over half of legal acts mismatch federal legislation (Adygeya)
21.11.2006

More than a half of the republican state-legal documents adopted in 2006 in Adygeya mismatch the federal laws, IА REGNUM correspondent reported. About it on November 20th, the chief of Department on legislation and federal register Nina Chabanova informed at the session of the republican government.

As they informed IА REGNUM correspondent in the government of the republic, in the current year it was adopted over two hundreds official documents. More than hundred of them mismatch the federal legislation. According to Nina Chabanova Adygeya Republic takes the second place in the SFD with quantity of the judicial disputes in the lawmaking sphere. The acting prime minister Kazbek Paranuk notified that the official approaches to the lawmaking in the republic should have been changed. He recommended to the authorities to react as much operatively as possible to the protests of the Office of Public Prosecutor and the expert judgements in the framework of preparation of the legal acts.