Ethno-Cultural Problems of the Circassian Nation 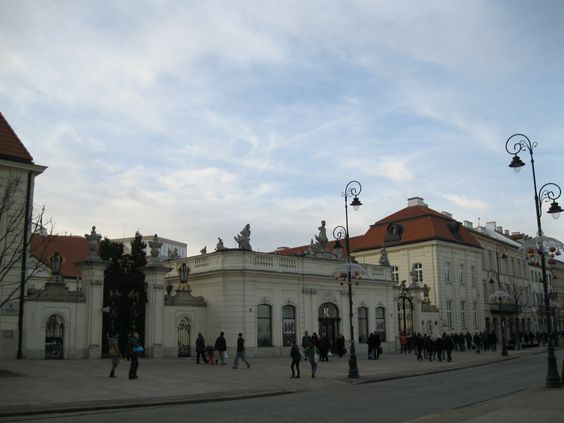 I have the honor to participate in “The First North Caucasus Conference,” organized by “Centre for East European Studies, at the University of Warsaw,” the “Institute of Caucasology Ivane Javakhishvili Tbilisi State University,” and the “Circassian (Adyghian) Cultural Center in Georgia,” for organizing this 3 day conference under the theme of “Ethno-Cultural Problems of the Circassian Nation,” which “will be addressed through many unique and innovative lenses.”

Please, allow me to single out special tribute to all the organizers of this blessed conference, especially Dr. Jan Malicki, Director of the Centre for East European Studies, University of Warsaw, and Prof. Merab Chukhua, representing the Circassian Cultural Center in Tbilisi, and Ivane Javakhishvili Tbilisi State University, Georgia.

Let me also express my deep appreciation for this friendly initiative to hold such an important conference in this distinguished edifice. The significance of choosing Potockich Palace is the fact that after the recent restoration, it became part of the campus of the University of Warsaw. Also the importance lies in the fact that this ancient building has witnessed prominent historical events since it was constructed. Knowing that the building had witnessed in the past destruction, demolition and sabotage, which has been exposed to, more than once, since the seventeenth century to the present day.

Eventually, the conference has just started its first sessions, which was initially scheduled to be held in December 2020, then it has been postponed to a later date due to Covid 19 epidemic. The conference has been scheduled and eventually convened in the wake of the unusual circumstances and fierce battles of a dangerous bloody war of expansion that is still raging in Ukraine since February 24 this year. The war hangs over the gates of Europe in particular and the world at large at a time when it can be considered a harsh lesson to all concerned.

Gladly, we recall facts related to the special relations that used to be between the Circassians and the Poles, during the nineteenth century. When Poland was subjugated to the Russian Empire, the Circassians were fully engaged in their defensive war, as many of us know for sure the special relations between these two great peoples, where both of them were victims of the Russian Empire. “Poles and members of the Circassian diaspora may seem as though they have little in common today, it was not always so. Perhaps one of the most unusual partnerships of the 19th century was born of the intense collaborative efforts of Poles and Circassians to free themselves from Russian domination.”

Before I conclude, if I may, I would like to touch on the main topic of this conference and its agenda, which contains many elements of special importance. They are nothing but some of the consequences and repercussions of treachery, invasion, occupation, murder, destruction, annihilation, ethnic cleansing and forced deportation. The aforementioned crimes can only be described as simulation of the wars that have been perpetrated and still, by the consecutive regimes of the Russian state against neighbouring nations, where Ukraine is currently its last victim.

I am sure that some of the speakers will touch on the suffering of the displaced people when they were deported from their original homeland on dilapidated ships that lack seaworthiness, which defines the performance ability of the sea vessel that determines its capability to travel and navigate safely in the sea in all conditions. This should be addressed in consistency with common sense and logic in accordance with international laws and norms.

It gives me great pleasure to congratulate everyone who participated in the convening of this conference on this success, which will certainly contribute to pushing the Circassian Question to new prospects, and will eventually help to familiarize more interested parties with the merits of the Circassian Question. It should be done in the style of reason and logic in accordance with international human rights obligations.

I would like to conclude by saying that your success has confirmed what Thomas A. Edison said: “The three great essentials to achieve anything worthwhile are: Hard work, Stick-to-itiveness, and Common sense.”